In this unit, we will be discussing what Octet Rule is and what are its limitations and what Sidgwick Powell theory is all about.

What is Octet Rule with example?

Here we will learn the basics of the Octet rule along with some examples so we can understand the topic better.

The Lewis theory was the first explanation of a covalent bond in terms of electrons that was generally accepted. If two electrons are shared between two atoms, this constitutes a bond which binds the atoms together. When the atom is surrounded by eight electrons in case of many light atoms, a stable arrangement is attained. This octet can be made up of some electrons which are 'totally owned' and some electrons which are 'shared'. Thus atoms continue to form bonds until they have made up an octet of electrons. This is called the 'octet rule'.

There are exceptions to the octet rule; for example, hydrogen is stable with only two electrons.

A chlorine atom has seven electrons in its outer shell, so by sharing one electron with another chlorine atom both atoms attain an octet and form a chlorine molecule Cl2. 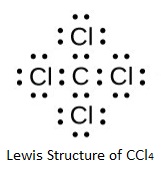 In a similar way, a nitrogen atom has five outer electrons, and in NH3 it shares three of these, forming three bonds and thus attaining an octet. Hydrogen has only one electron, and by sharing it attains a stable arrangement of two electrons.

We have several Limitations of Octet Rule.  So we are going to discuss it in this part of the unit with some examples.

The drawbacks of octet rule are as follows:

What is Sidgwick Powell theory?

Another theory called the Sidgwick Powell Theory gives us some information regarding the shape of the molecules.