It is important to have a clear idea of the inter-relationship between various projections of a given organic molecule to understand the stereochemical implications of the reactions. For this, we should be well conversant with the methods of translating one projection into another. The methods used for the interconversion of one projection formula into another form without changing the configuration are given in the following description.

Interconversion of Fischer Projection Formula into Sawhorse Projection and vice-versa

Fischer projection of a compound can be converted into Sawhorse projection; first in the eclipsed form (in Fischer projection the groups on neighbouring carbons are considered to be eclipsing each other), by holding the model in horizontal plane in such a way that the groups on the vertical line point above, and the last numbered chiral carbon faces the viewer. Then, one of the two carbons is rotated by an angle of 1800  to get the staggered form (more stable or relaxed form).

For example, Fischer projection of an optically active tartaric acid is converted into staggered Sawhorse projection as shown.

First, the staggered Sawhorse projection is converted to an eclipsed projection. It is then held in the vertical plane in such a manner that the two groups pointing upwards are away from the viewer, i.e. both these groups are shown on the vertical line. Such a conversion for 2,3-dibromobutane is shown. 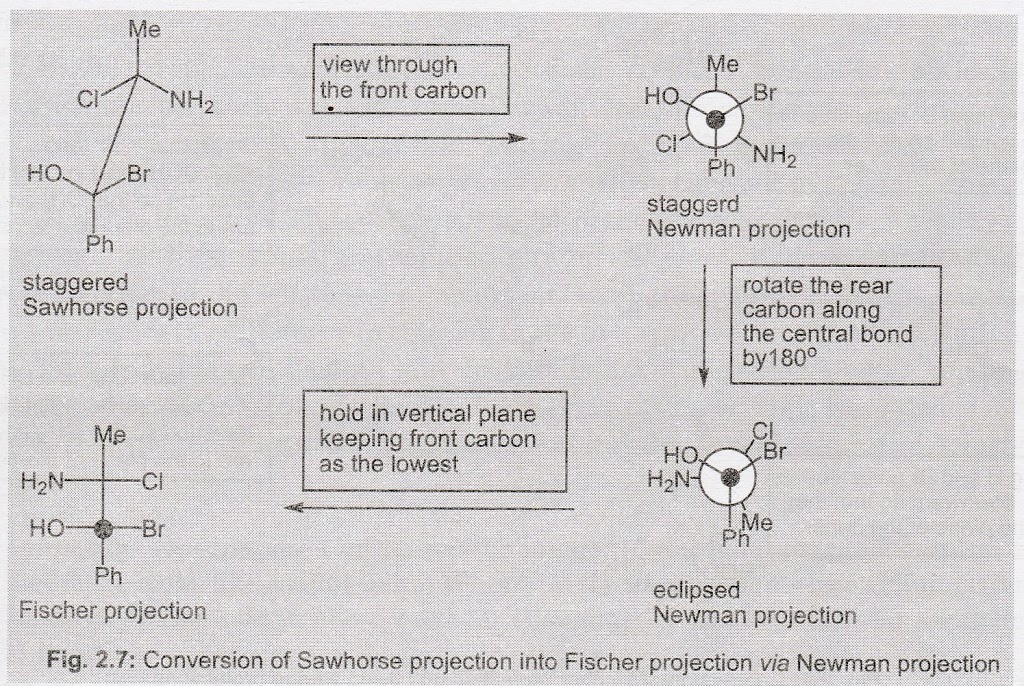 The molecule is viewed through the lowest chiral carbon, which becomes the front carbon, and thus eclipsed Newman projection is drawn. It is then converted into staggered conformation. Finally, the molecule is viewed through the bond connecting the front carbon with rear carbon. Such a conversion of D-erythrose is illustrated in the following scheme.

The vertical bonds in the Fischer projection are drawn in the plane of the paper using simple lines(—). Consequently, horizontal bonds will project above and below the plane (‘a’ and ‘b’ in the fig.). Conversion of Fischer projection of one of the enantiomers of α-bromopropanoic acid into five flying wedge formulae (without changing the configuration) is illustrated in the fig. 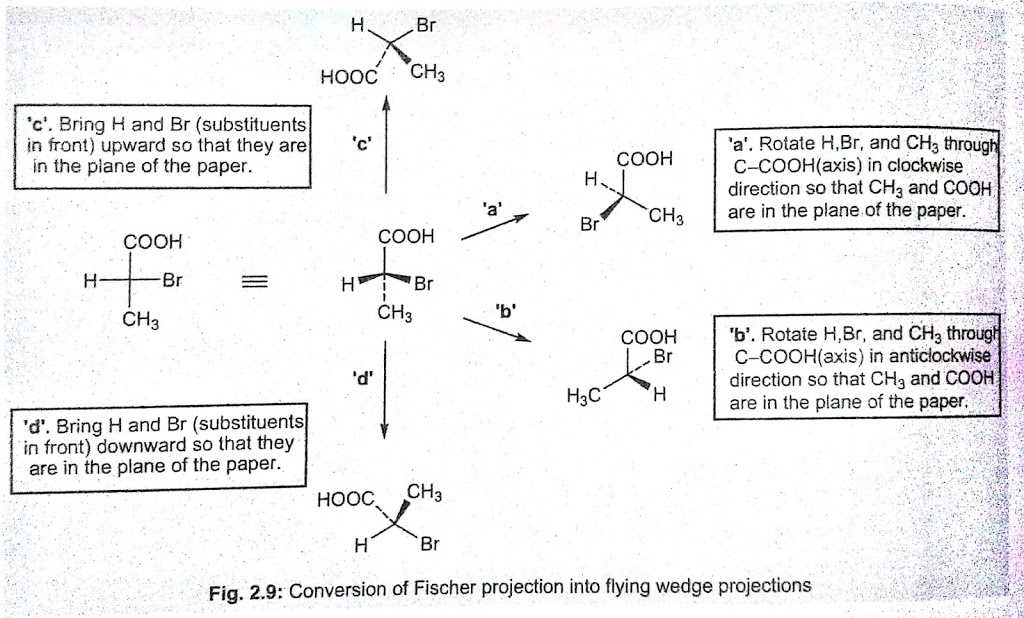 The molecule is rotated (in the vertical plane) in such a way that the bonds shown in the plane of the paper go away from the viewer, and are vertical.