The pyrolytic elimination occurs in a family of a compound like acetate Esters, methyl xanthate ester, tertiary amine oxide, sulphoxides and selenoxides which contain at least one β hydrogen atom with the formation of olefins.  The pyrolytic elimination has a common mechanistic feature: a concerted reaction via a cyclic transition state within which an intramolecular proton transfer is accompanied by syn-elimination to form a new carbon-carbon double bond.  If more than 1 β hydrogen is present then mixtures of alkanes are generally formed.  Since this reaction involved cyclic transition states, conformational effects play an important role in determining the composition of the alkene product. 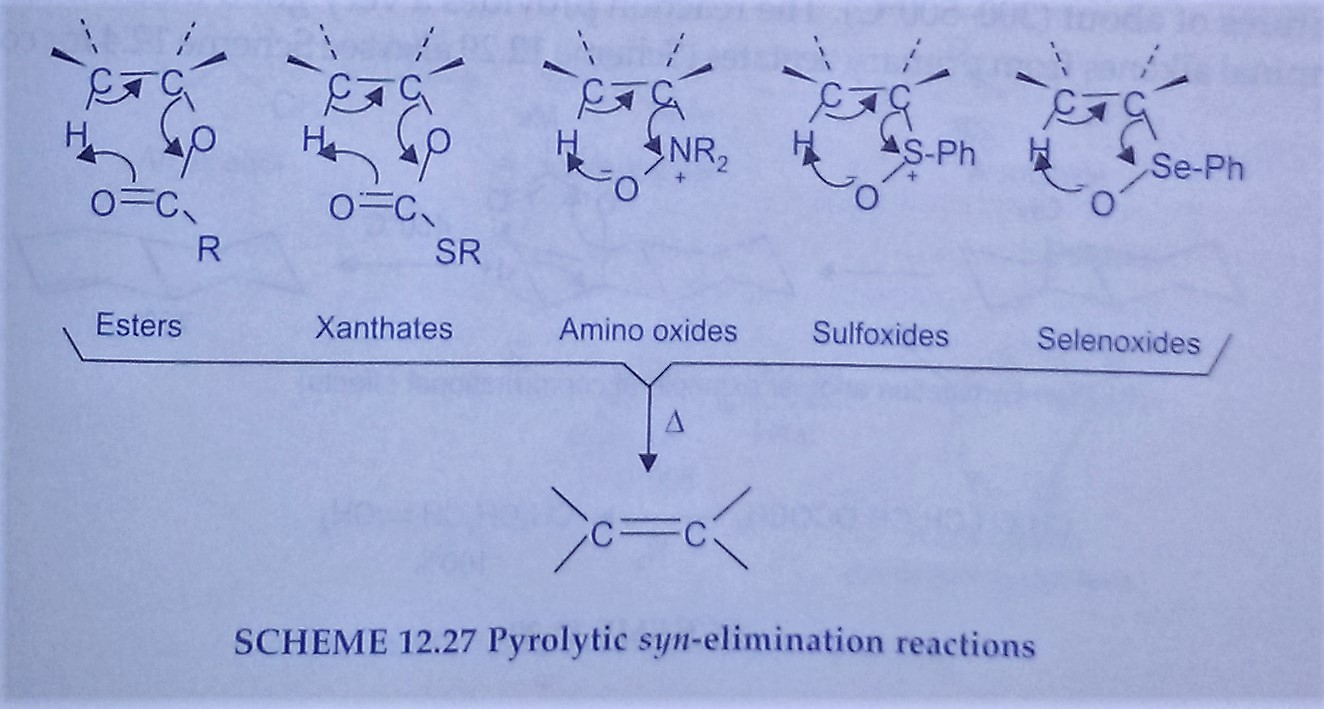 Pyrolytic elimination undergoes Unimolecularly through a cyclic mechanism.  These reactions are carried out in the gas phase and proceed in a concerted fashion yielding the product of cis elimination.  A common example is the pyrolysis of acetate esters resulting in the formation of alkenes.

The Cope elimination reaction involves the pyrolysis of amine oxide having a hydrogen atom β to the amine group.  The syn elimination affords an alkene and dialkylhydroxylamine. 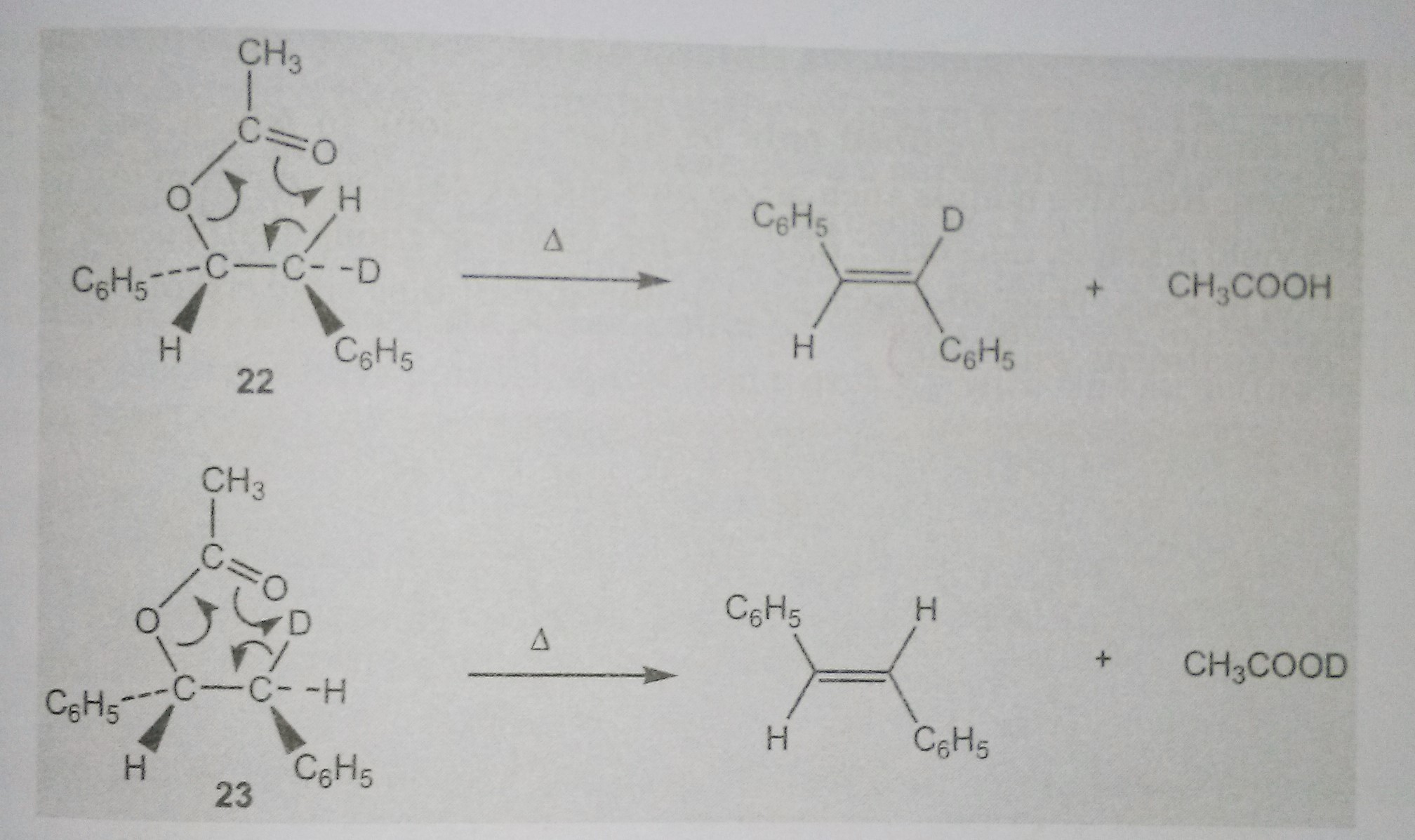 Unsymmetrical Acetate and xanthate esters yield a mixture of all the possible alkenes, but there is usually a predominance of the more highly substituted alkene. Another analogous reaction of comparative value is the pyrolysis of amine oxide to yield alkene. This reaction is also a cyclic process resulting in cis elimination.